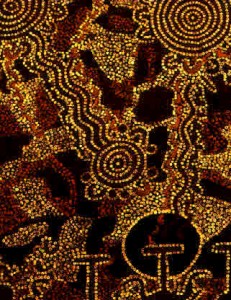 understanding of Aboriginal cultural and tribal concerns and understand the need for clear communication processes and active participation from the communities working and living in the area. Garry’s involvement with a number of Indigenous Design Projects across South Australia and Victoria demonstrates his ability to establish and maintain communications with diverse and difficult client groups and to achieve a successful outcome.

Whilst employed by Woods Bagot as Principal Health Planner, he carried out the preparation of Briefing and Master Planning for the upgrading of facilities to meet the requirements of the hospital in its new role as a Multi-Purpose Service Health Centre (MPS). A major element of the planning process was the introduction of culturally appropriate facilities to meet the needs of both the European and Aboriginal sections of the Hospital Catchment Community.

The design included a number of elements that would allow flexible accommodation, able to meet the needs of both tribal and urban Aboriginal clients, and the introduction of safe areas outside the building for recovering patients and their families.
Following the establishment of his own practice in 1994 Garry continued on with this project to carry out design development and contract documentation. The developed design solution involved the refurbishment of previously under-utilized staff accommodation buildings as Nursing Home accommodation and reconfiguration of the existing Hospital Inpatient unit to improve efficiency and reduce operating costs. The facility was occupied in June 1997 with final costs of approximately $1.65 million. 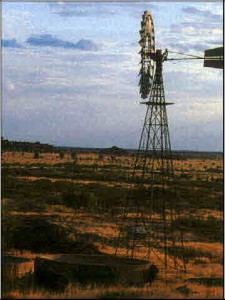 We were commissioned in February 2003 to conduct a review of Health and Aged Care facilities throughout the Region and to report on suitability for use, building condition and potential for future site and building development. The consultancy initially covered Ceduna District Health Services, Eastern Eyre Health & Aged Care Services (Cleve, Cowell & Kimba), and Mid West Health (Wudinna, Streaky Bay & Elliston) and was extended in 2004 to include Lower Eyre Health Services (Tumby Bay & Cummins).

We were commissioned in 2007 to prepare Concept Designs and planning solutions for proposals to construct a Primary Health Care Facility that will integrate the local medical practice, community and allied health services, dentists, aged care day centre and accommodate a range of private health practitioners.

Garry Coff, working in conjunction with Hodgkison Architects was commissioned to develop concepts for accommodation for Aged Citizens residing in Ceduna and Koonibba. The project includes 7 Hostel accommodation units and planning for 8 Independent Living Units and was completed in late 2000 at a cost of $1.4 million.

Garry Coff was involved in the development of accommodation briefing and concept planning for upgrading of office accommodation for the Ceduna Koonibba Aboriginal Health Service and has worked closely with staff and management to prepared a number of proposals for upgrading/expansion of the facility.

We were commissioned to carry out concept planning and design for the upgrade of accommodation for the Department of Family and Community Services in Ceduna in design and documentation for extensions and fitout of the Family and Community Services offices within the Medical Centre building on the Ceduna Hospital site at a cost of $ 700,000. The project was extended to include upgrade of the Dental Suite and Medical Practice accommodation adjacent to the FACS offices and required negotiation with the Ceduna Koonibba Aboriginal Health Service who also share the building.

The project involved the preparation of a detailed brief of requirements for the occupants and the development of concept plans, within strictly limited budget parameters, for the upgrading of vacant buildings on the Morris Hospital Site at Hampstead, in the North-Eastern suburbs of Adelaide. We consulted with the client group to determine a brief for the organisation, prepared design solutions and assisted the Architectural team to ensure that all operational and functional requirements were incorporated into the finished facility proposal.

The recycling of these poorly utilized, but sound, buildings as hostel accommodation for High School age Aboriginal children from remote South Australia involved careful management of spaces and areas to address many issues of culture and behaviour management. The project involved extensive consultation with tribal representatives from the Anangu Pitjantjatjara Lands and the Department of Education & Children’s Services and was completed in mid 1997 at a cost of approximately $ 1.6 million.

We were commissioned to conduct a study to develop a Functional Design Brief, Concept Plans and Project Definition for the development of high level aged care accommodation for Aboriginal residents of the local community. Following consultation with representatives of the local Aboriginal community and representatives of the more remote Anangu Pitjantjatjara Lands it was determined that the only viable solution for the scale of operation proposed was to collocate services on the Coober Pedy Hospital site. 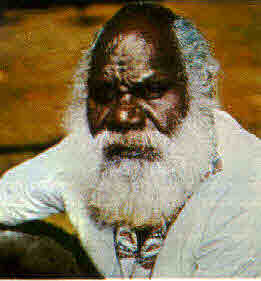 The project was completed in 2003 – Garry Coff provided Health Planning support as part of the team led by Hodgkison Architects who were appointed to carry the project through documentation and construction phases.

During the course of this Consultancy the team, comprising Health Facility Planner, Structural/Civil Engineer and Services Engineer (over-viewing infrastructure), visited most Communities across South Australia including a number of Homelands, and met with representative groups to discuss existing service levels and concerns. Communities inspected included:

The study involved physical inspection of all premises associated with Health Service delivery and staff accommodation across South Australia and included extensive discussion with users to determine fitness for purpose and potential for upgrade to meet acceptable standards. The study was completed in June 1999 and recommended expenditure of approximately $ 8 million to meet the projected need. 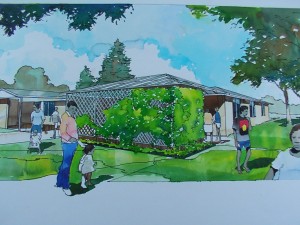 We were commissioned to develop the brief, concept design, documentation and to Project Manage the upgrade of the Medical clinic servicing the Point McLeay community. The project included upgrade of the existing facility and addition of two consulting rooms, waiting areas, handicapped access toilet/shower and treatment room. The project commenced in May 2001 and was substantially completed in July, 2002 with a final contract value of $ 158,000. Additional furniture was arranged subsequently and minor additional works to the value of $ 37,700 was expended to complete the project.

The project included involvement by the local community in many aspects of the work as part of a construction trade training program for young men from within the community. The final fitout of the premises was completed in July, 2004.

The project was accepted for documentation and construction at a cost of $1.6 million. Construction was completed in late 2007.